By What Values Do You Live? 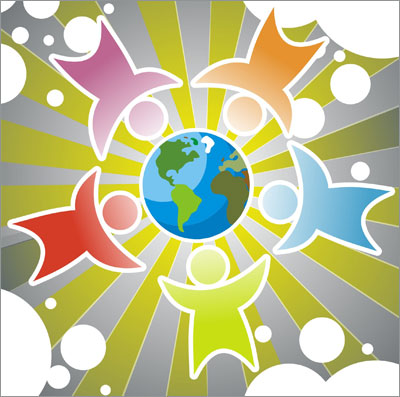 One value to unify all. Photo courtesy of David Siqueira.

How can you evaluate your values? How can you decide what is worth pursuing or worth using as guidance for your life? So far, your character, religion, ideology, nation, or family may have given you your values. But the values these sources provide are actually relative, rather than absolute values. They only make up a portion of the whole. You can tell they provide relative values by the countless conflicts between tribes, nations, and religions that have stained human history. These conflicts could be said to be the result of competition between relative values aspiring to reach the status of absolute values. Since they were trying to be the ultimate value when they’re actually relative values, conflict and struggle were inevitable.

Even when the value being advocated was peace, the results were the same. Peace that is centered around a single religion or nation can only end up in conflict because each has its own different center. Each different idea of peace or group of people advocating their kind of peace fights with the others.

It makes sense to me, then, to have one center—a core value that unifies all others, one around which the others revolve, and, in that way, unifies all people as well.

After thinking about it, I realized that that core value is the earth. The earth is not merely a lump of land given to you to stand on, but the foundation of all of the values you pursue, the root of your life, and your very Life itself. Our common and ultimate dependence on the earth makes it the one and only thing that can become the central value around which all of human consciousness can be gathered as one. Whatever value or truth you may desire to follow for your own existence, it becomes feasible only when it is premised on the existence of the earth.

By remembering that you and everything around you share the same single origin, and that that origin is ultimately the earth, you can overcome the limitations of perception that are heritage, ideology, religion, and culture. You can widen the scope of your consciousness and evaluate all ideas and values against this core one by determining, “Is this value good for the whole earth?” By clinging faithfully to the earth as a central value, you can live as one with all humanity. When everyone respects each other from a perspective of the earth as our central value, then we will be able to lay the groundwork for true peace.

Receive weekly inspirational messages from Ilchi Lee:
Previous Post
Make Your Life Your Own
Next Post
New Scribner Edition of The Call of Sedona Released Today