Competitiveness in a Fair and Honest Society

The curious case of former Illinois governor, Rod Blagojevich, has been a frequent topic of conversation, especially after the recent court verdict against him. He was impeached by the Illinois legislature for accepting bribes and corruption between 2003 and 2008. As someone who is not native to the United States, it is surprising that this level of corruption could exist in 21st Century American politics.

However, corruption is not limited only to politics. The overall atmosphere of our society is one in which “honesty” has not been considered an important value. People who will use any means to get what they want have occasionally been regarded as clever, while the honest and conscientious have at times been despised as weak and naïve. 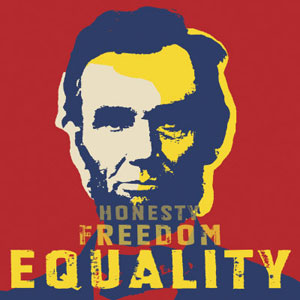 Given the widespread influence of this atmosphere, the importance of “living honestly” is not taught to children as much as it used to be, not even at home or at school. Talk about working to create a “fair society” and you find some actually worrying that this might hurt a nation’s competitiveness. Would it really?

No, it wouldn’t. These are merely the groundless fears of a distrustful society dominated by unfair rules. Since people think that they will be at a loss if they are the only ones who try to be honest, they use only a minimum effort. Studies have actually been done on how much trust contributes to economic growth, how ethical behavior positively impacts human life.

“Every time a society’s level of trust goes up 10 percent, its rate of economic growth rises 0.5 to 0.8 percent,” according to a study by Byung Ki Lee of the Korean Economic Research Institute. Suppose our society’s level of trust rises 10 percent. That could create over $8.6 billion in growth. So we can see that moral conscience contributes to massive increases in economic value.

“A child with a high morality index is highly competitive and has a high happiness index,” revealed Geum-ju Kim, a professor of education at Seoul National University. Research has shown that children who live with a good conscience are more confident in their own futures and more positive about life. 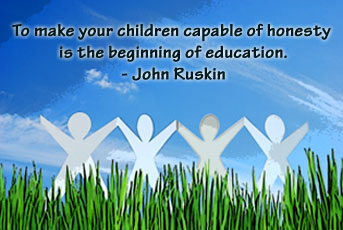 With integrity declining in political, economic, and educational circles, modern society has many contradictory elements when it comes to teaching our young children moral conscience. Children learn unconsciously that many of the values they are taught in the classroom don’t apply outside of it. Consequently, at the present time, the only solution is for parents and teachers to serve consciously as good examples often.

Our country’s standard of living will rise automatically once our society teaches that, “the life most worth living is one that contributes to the good of all.” What is the main culprit that is damaging the nation? It is selfish values that say, “Me, my children, and my family are all that matters.” This paradigm narrows our field of vision and makes us corrupt. A consensus that “this is wrong” must be formed if we are to stop our car from racing down the road of an outdated and ill-fated paradigm.

We can expand our perspective and change our lives for the better when we each realize that our own success is tied to the success of others, and that helping others is helping ourselves. We can expect genuine progress in our society when we are able to develop the desire to do good for each other.

Receive weekly inspirational messages from Ilchi Lee:
Previous Post
Can You Feel Your Feet?
Next Post
Master of Creation