How I Discovered Ki Energy Through Love

It’s a Korean tradition to cook a seaweed and meat soup on someone’s birthday. But we had no meat in our house, and the nearest butcher was over five miles away over rough, mountainous terrain and knee-deep snow. When I saw how my mother was panicking, however, I suddenly volunteered to go and buy a pound of meat. In her panic and the absence of my father, she actually gave permission to her five-year-old son to go alone in the middle of the winter. 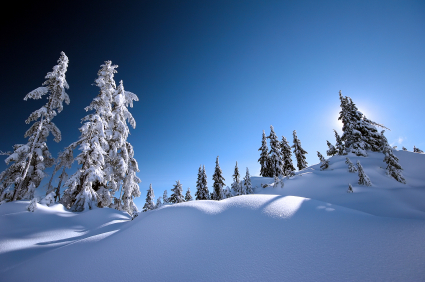 The way to the butcher shop passed by a public cemetery and over underground caves that were treacherously hidden in the snow. One misstep and I would never be found until spring. But I had only my mother’s panicked face in my head, and how I had to go buy the meat so that my mother wouldn’t be horribly embarrassed. It was only years later that I realized that such a feeling of unselfish love most often triggers a palpable experience of ki energy. That is the energy that animates all living things, which most people can’t sense without learning to do it.

As I walked along the path in knee-high snow, I felt like I didn’t leave any footprints as I almost sailed over the fresh and fluffy snow. I felt this incredible warmth all around me, as if the air itself was a warm blanket. I hummed as I raced along and knocked on the door of the butcher shop, which hadn’t opened yet. It seemed like even the butcher was affected by the warmth of positive energy filling my heart. His drowsiness dissapeared as he gave me double the weight of meat for the same price, saying I was a nice boy for doing errands so early in the morning.

As I raced back, I felt as if the true “me” woke up. It was disorienting, but at that time I could see who I really was beyond the confines of current societal norms and relationships. I could ask the important questions that we all eventually ask: “Why am I here at this particular time and place? What is my life all about?”

When I got back home, my mother greeted me with delight and shock. She was delighted I had brought back the meat, and shocked because it had taken me less than half the time it would’ve taken a grown man. This was my first experience with ki energy and its power not only to create certain physical manifestations, but to get me in touch with my True Self.

The energy of our True Selves is the same in all of us, despite our differences. I believe that when we relate to each other from that pure, innermost part of ourselves, we can learn to live in harmony and peace. I have found that to be a principle of the energy of life, and I wrote the Prayer of Peace to express it. Please join in affirming this principle by reading the Prayer of Peace on 1-1-11.

Receive weekly inspirational messages from Ilchi Lee:
Previous Post
Please Join Us in Praying for Peace
Next Post
The Light of Love