The Chun Bu Kyung is an ancient 81-character text of Korean-Asian tradition, similar to a sutra in Buddhism. It is essentially a numerical representation of the laws of the cosmos and is therefore difficult to interpret literally. The letter “Chun” of Chun Bu Kyung refers to heaven. “Bu” means to fit or to comply with, and “Kyung” means a book or the way. Together, Chun Bu Kyung means sacred text of heaven, or sacred words of the principle of heaven.

One of the key concepts of the Chun Bu Kyung is the triad of heaven, earth, and human. The essence of this trinity is that good and evil, life and death, heaven and earth are not defined as opposites, but as parts of the same cosmic harmony. The text places human beings standing between heaven and earth, saying that our essence is identical to the essence that makes up the cosmos, that our essence is oneness. 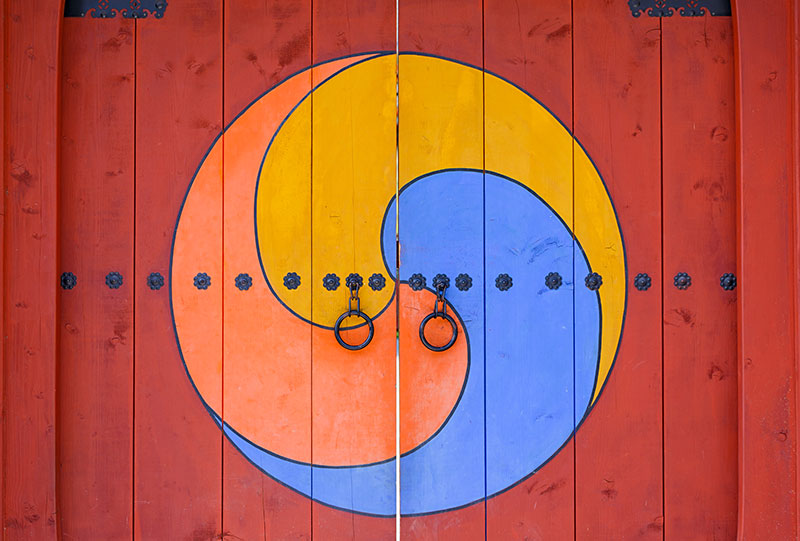 One interpretation of this philosophy suggests that mankind’s highest purpose is to bridge the earthly and heavenly realms. Although we are born into a physical body with many attributes similar to those of other living creatures on the planet, we have a special mission to develop our divine aspect and to reconnect to the earthly and heavenly realms. By realizing our innate divine potential, we become one with the essence of the universe and one with creativity, peace, and love. In doing so, we reach the highest level of awareness and consciously return to the Source of all life. This process is delineated in the letters of the Chun Bu Kyung.

The Chun Bu Kyung can be interpreted as an expression of mathematics, philosophy, and even energy studies. Each letter contains its own distinct literal or numerical meaning when read, and distinct energy or musical characteristics when sounded. It combines number/ratio and sound/energy characteristics of the individual components into a holistic effect, which is an actual representation of the principle of harmonious order.

The meaning of the Chun Bu Kyung cannot be fully understood through academic study. When we seek to understand the Chun Bu Kyung intellectually, we run the risk of overlaying its pure, divine message with our own preconceptions and prejudices. The Chun Bu Kyung speaks of the source of all life, which is energy that exists as light, sound, and vibration. Therefore the Chun Bu Kyung needs to be studied by experiencing the energy that is contained within each of the 81 letters.

History of the Chun Bu Kyung

The Chun Bu Kyung is one of the oldest known scriptures of the Korean people. This ancient spiritual text is said to have been created by a sage who realized his own enlightenment through his Shinsundo training regimen, through which he gained insight into the realities of life and death and the operational flow of the universe. Some estimate this occurred around 9,000 years ago in the ancient community of ‘Han Kuk,’ and was orally handed down until around 4,000 BC, when it was first put into writing in ‘Nocdoomun’ characters, which resemble a pattern of deer hoof prints. The contemporary version was translated into the current Chinese letters by Chiwon Choi, a reknown scholar from the Silla dynasty (57 BC – 935 AD) during the Three Kingdoms period of Korea. 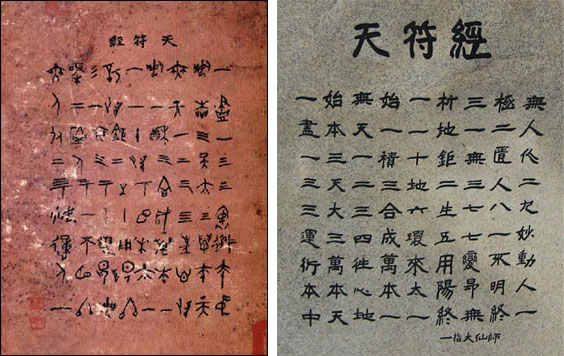 These teachings are what were recorded in the Chun Bu Kyung, which pre-dates Buddhism, Confucianism, and other ideologies now common in Korean culture. In fact, they were later emphasized in the teachings of Buddhism, Taoism, and Confucianism when they were introduced to Korea.

Later, during the Dangun Chosun dynasty (1392 – 1910 AD), Shinji Hyeun-deuk interpreted the Chun Bu Kyung in a way that helped more people understand the essentials of the philosophy, so that they could be spiritually awakened and live in complete harmony. This interpretation exists as the Samil Shingo, a text that explains the principles of the Chun Bu Kyung in simple terms in 366 letters, and provides details about Shinsundo training methods for development of body, mind, spirit, and character. The Dangun Chosun dynasty used the Chun Bu Kyung philosophy as the philosophical and political foundation of the kingdom. They fully incorporated its principles into every aspect of management and daily life.

Il Shi Mu Shi
One begins unmoved moving, that has no beginning
Everything begins with the One and will ultimately return to the One. One is the ultimate reality that is the origin of all beings. It has no beginning and no end.

Il Seok Sahm Geuk Mu Jin Bohn
Translation: One divides to three crowns, while remaining a limitless mover
Interpretation: One, the ultimate reality, divides to three which represent three different dimensions of existence. The origin of these three, however, remains one and the same from the beginning to the end.

Il Jeok Ship Keo Mu Gwe Hwa Sahm
Translation: One gathers to build ten, and infinite forms become the Trinity (of Heaven, Earth and Human)
Interpretation: One, the ultimate reality, individuates into beings which gather and organize into higher beings. All through the process of individuation and gathering, each individuated being, while developing its unique peculiarities, has in itself the original three basic elements of Heaven, Earth, and Human.

Dae Sahm Hap Yuk Saeng Chil Pahl Gu Un
Translation: Three Trinities make six, and they create seven and eight, nine appears, and there comes a turning
Interpretation: As Heaven, Earth, and Human move round in an integrated trinity, the cosmos grows, evolves, and circulates. This represents the life and death cycle for an individual living being, the rise and fall of a nation, and the constriction and expansion cycles of the cosmos. The combinations of Heaven, Earth, and Human produce countless forms and shapes, which will evolve, multiply, and develop before reaching completion and recycling.

Sahm Sah Seong Hwan Oh Chil Il
Translation: Three and four form a circle, five with seven makes One whole
Interpretation: When the three internal dahnjons (energy centers in a human body) and four external dahnjons form an integrative circulatory system and five elements of energy flow through the circuit composed of the seven dahnjons, the energy mechanism of the human body becomes complete. As the three internal dahnjons develop, human beings grow from physical health to enlightenment. The first step toward enlightenment is the completed development of the lower dahnjon. In this state, one’s vital energy is strengthened and one’s physical condition improves remarkably. The next step is the maturity of the middle dahnjon, which results in the heart opening and spontaneous love coming forth from the heart. Lastly, when the upper dahnjon is completed, one is supposed to be fully awakened and recover the integration of the trinity. Also, five, seven, and one represent the fifth, seventh, and first chakras respectively.

Myo Yeon Mahn Wang Mahn Lae Yong Byeon Bu Dong Bohn
Translation: Way less is the way all comes and all goes, features are changing, and change-less is the maker
Interpretation: All things change and move around but the origin, though its application changes, remains unchanging.

Bohn Shim Bohn Tae Yahng Ahng Myeong
Translation: Divine mind is the eternal light, looking towards celestial light
Interpretation: One thing that remains unchanging is the original divinity, which shines like the sunlight, rising high toward its origin, the celestial eternal light. When the human mind is at its proper center, it becomes awakened, or as “bright as the sun.” This activates enlightenment or divinity within humans.

Il Jong Mu Jong Il
Translation: One is the end of all, and there is no ending to the One.
Interpretation: The physical body has a beginning and an end, but the soul is timeless and limitless. Knowing this, one can be liberated from fear, attain peace of mind, freedom of imagination, and infinite creativity of the spirit.

Listen to the Chun Bu Kyung

In February 2011, I led a month-long study of the Chun Bu Kyung on this blog, going into each line in greater detail. You can read each of the daily posts and gain more profound knowledge of this sacred text, beginning with the first post here.

I also gave a lecture that was broken up into three parts in which I answered questions about the Chun Bu Kyung. You can listen to this lecture in the following videos. 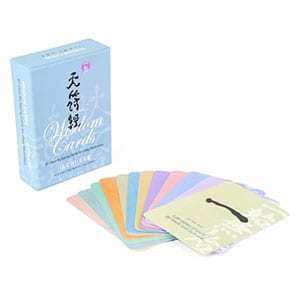 One card for each character of the Chun Bu Kyung with its meaning. 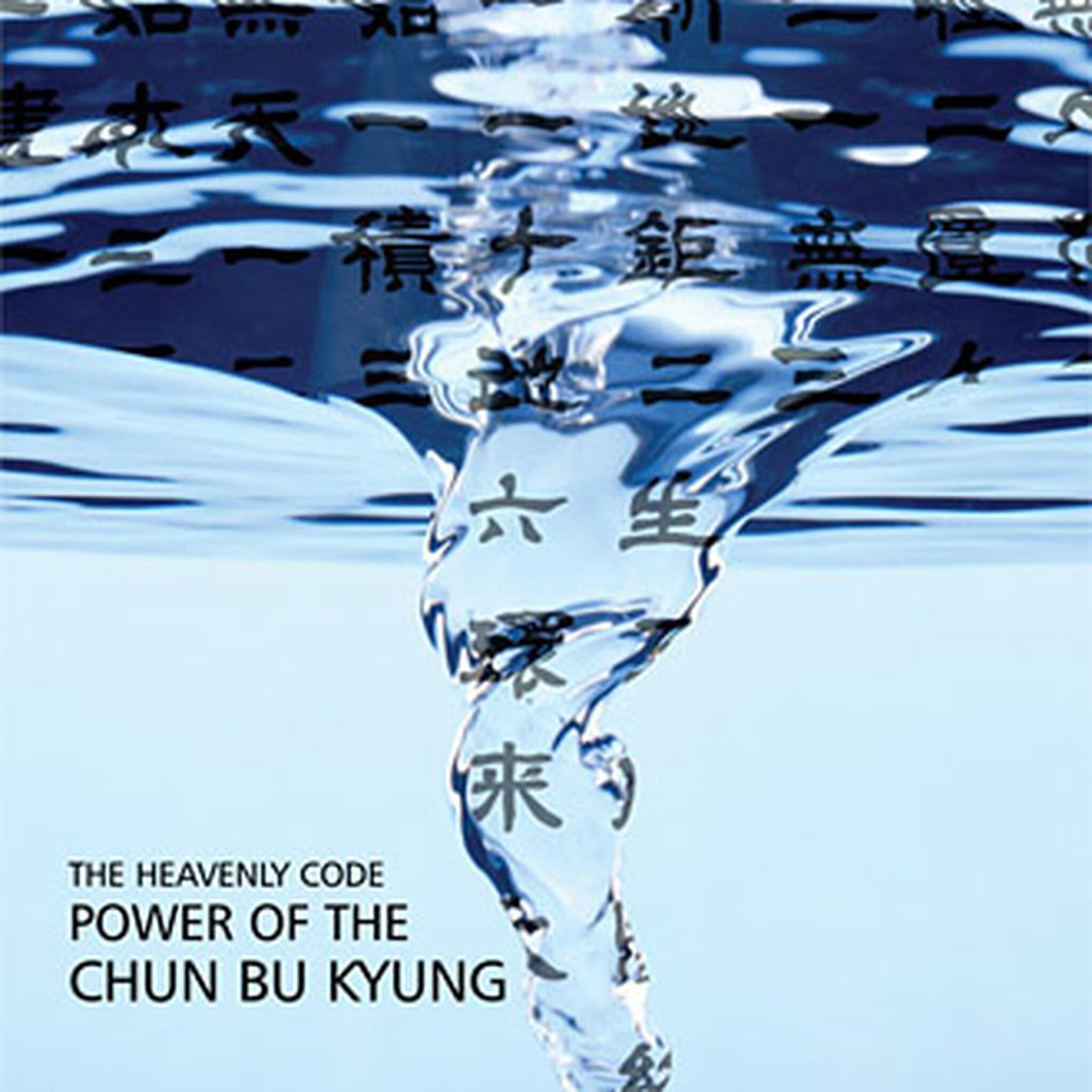 Ilchi Lee and other master meditators chant and sing the Chun Bu Kyung. 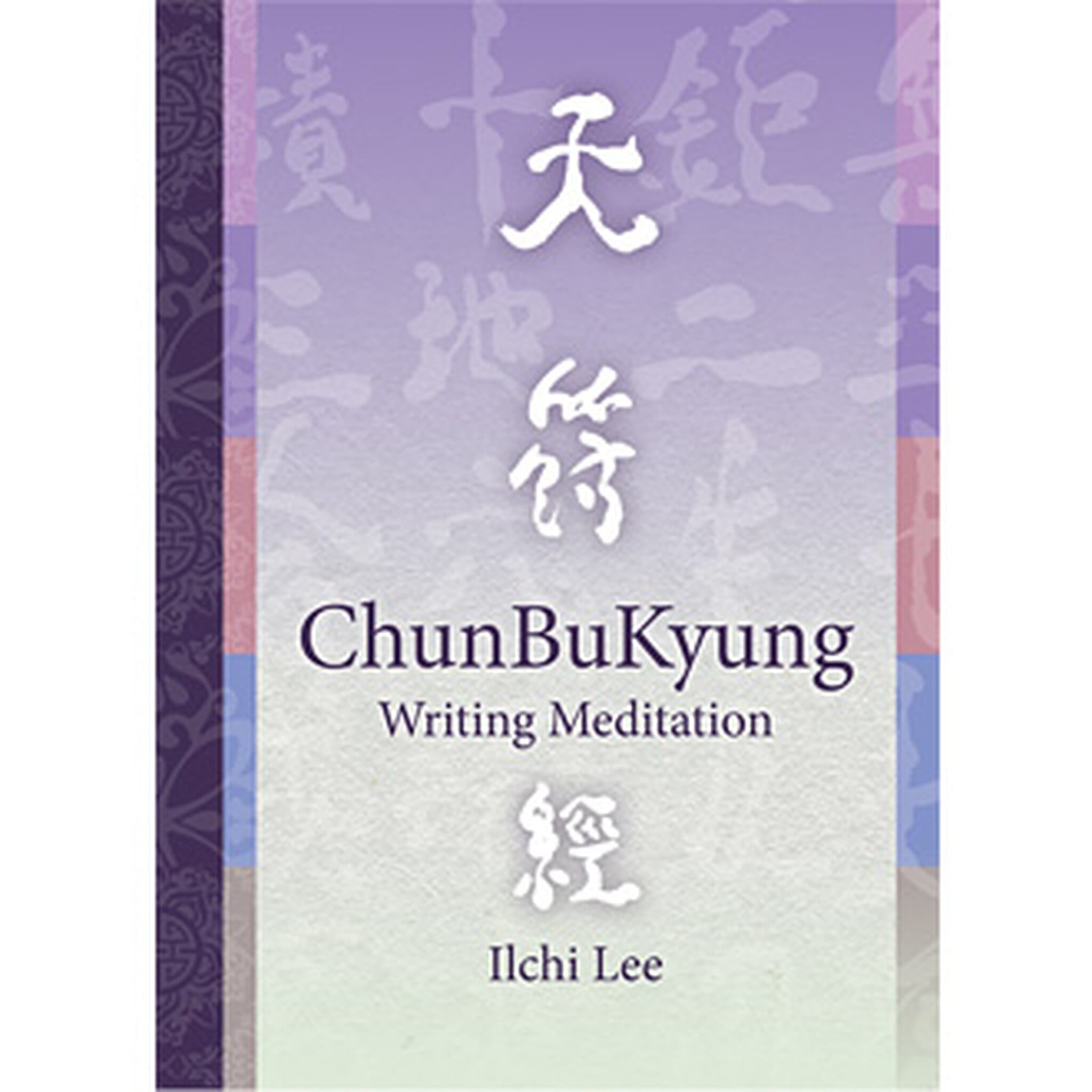 Shows how to make the strokes of each character of the Chun Bu Kyung.

Receive weekly inspirational messages from Ilchi Lee:
Previous Post
New Year Message: Get Bright and Be Happy Without Any Reason
Next Post
Greet 2020 with Joy and Hope