I Offer You My Hope 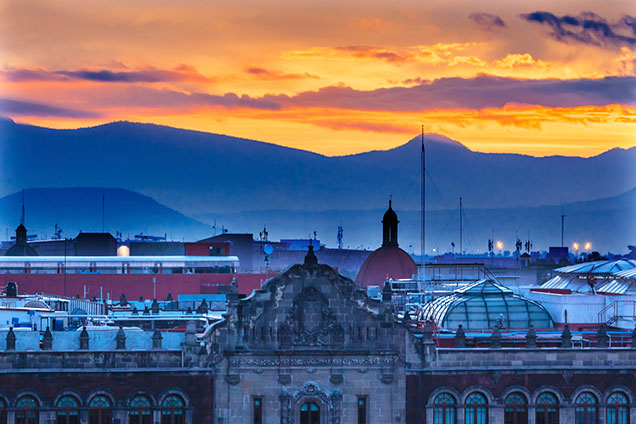 There is a song in Spanish that I often play when I lecture. I discovered it one time when I went to visit Mexico for a speaking engagement. The song is bittersweet and touched my heart. It’s called “Yo vengo a ofrecer mi corazón (I’ve Come to Offer You My Heart)” by Fito Páez, and I’d like to share it with you today. The one I usually play is sung by Francis Cabrel and Mercedes Sosa.

I learned that there’s a story behind this song, one that has been repeated in similar forms throughout human history. It’s being repeated today. It’s the story of conquest. In this case, it’s the story of Spain’s conquest over what we now call Mexico.

The military leader in charge of taking Mexico, Hernán Cortés, dominated the native people and eliminated their indigenous culture completely by going into a city and killing most of the people there, from the very old to the very young. They looted the riches, burned the buildings down, and raped the women. From a grandmother, to the mother, to the daughter—they all were raped, sometimes by the same person. Many of them were left pregnant. For the children of those women, the enemy of their mother was their father.

It was through this kind of horrific campaign that the character and identity of Mexico was completely eradicated. That’s the kind of history of war that we have. In these circumstances, people lose their hopes and dreams. The most important thing for a human being is human respect. It’s your value and hope. When a person loses their value, their sense of self-worth, then they cannot have hope.

But having that value, finding value in yourself, is not about knowledge, evaluations, or ideologies. It’s something special. Just because you have money or power, doesn’t mean you have that sense of self-worth and value. Of course, your position in society is given to you by society. But that original or inherent human value, that’s not given to you by society. That original or fundamental value, that divine value, that’s what I refer to as character. But at some point, we started living in a world where people had lost touch with that character.

There was a great poet in Mexico that came to be after that incident. To the people of Mexico that had lost their trust, who were so disappointed in the country and in the government, this poet really wanted to give their heart to the people. That’s how this song came to be. The poet said, “You have no sin. So don’t stay stuck in despair. Hope is something that you make. Happiness is also something that you make for yourself. Don’t wait for somebody else to hand you your value. Stand up. Stand up and awaken. I also stood.”

When I went to Mexico and heard this song, I felt so many things, because I could hear the heart and soul of the person who sang this song. I felt, that’s the value that we really need to live for. To give hope to those who have no hope, and to share happiness with those who don’t have happiness. And the fact that those are things that you make. You can make those things for yourself, no matter what your environment is like. Even for myself, in situations of the deepest despair, I was able to find hope.

Once again, in Belgium today and Istanbul last Saturday, people are facing situations in which human life was not valued. This value that is common to all of us was put aside for more superficial differences in belief. Rather than anger, despair, or fear, once again, we can all choose hope.

Receive weekly inspirational messages from Ilchi Lee:
Previous Post
Shed Your Struggles with Light
Next Post
What Is the Completion of the Soul?