The Era of Brain Philosophy 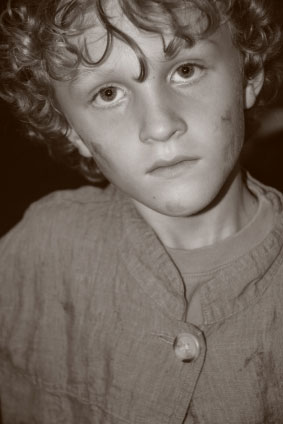 Sixteen thousand children die of starvation every day. Although we produce plenty of food, it does not reach them because the light of conscience has disappeared from humanity. These young souls cry out, “Please don’t let kids die of starvation like us on this earth ever again.” If we do not heed the final appeal and warning they send to humankind as they die, we will have no future. What can be done to get the brain of humanity to hear this message and restore the light of conscience?

What humanity wishes for in the 21st century is health, happiness, and peace. The human brain does not differentiate between nationality or religion. In order to usher in an era in which every mind is healthy and happy, there needs to emerge a philosophy with which all humankind can empathize. A philosophy of fusion for humankind’s health, happiness, and peace, beyond denominations of East or West, must appear. That’s precisely why Brain Philosophy has emerged in these times.

The strongest motivator that has driven human history thus far has been a desire for “a better life.” In order to satisfy this desire, humanity has continuously built civilization, forming tribes and waging war, dividing and combining, and expelling and collaborating. The desire to change for the sake of living a better life, rather than simply aiming for survival, comes from the brain inside of the human skull. The brain really is the epicenter of human history.

Ever since humans started walking upright, our brain has not stopped imagining beyond our limitations with a desire to obtain more food, traverse greater distances, and move faster. The brain developed methods of farming and the technology for handling minerals, and also invented the automobile, airplane, and spaceship. It also devised social systems; and not only did it explore the earth, the ground of our lives, inside and out, it went beyond the solar system and is approaching the edges of the universe.

In the process of actualizing imagination into reality, the brain constantly came up against the limitations of reality, but broke through them time and time again. Even at this very moment, each person’s brain is working tirelessly in order to overcome the obstacles it currently faces. What made human history a history of endless creation in this way, is the brain’s innate tendency to imagine and create constantly.

The brain, which has actively written human history with the most outstanding creativity on the earth, is now finally turning attention to itself. Like “the one who now returns from the back streets of youth and stands before the mirror,” perhaps the brain suddenly faces itself. We’re growing serious about neuroscience, in which the brain studies the brain as a subject. Attested to be science’s final frontier, neuroscience commands a great deal of interest both inside and outside of the academic world; it opens a new window of understanding of the human.

Furthermore, in order for the brain to overcome the limitations of modern civilization thus far achieved and make the shift into a new civilization, the starting point can only be the brain. This is because understanding the brain makes it possible to find the direction and method for that shift.

Although investigation of the brain is drawing the attention of many fields, I feel that a philosophy addressing the value of human existence is indeed a field that necessitates a profound understanding of the brain. Based on this determination, I am putting forth Brain Philosophy, a philosophy of practical application that underpins the value and utilization of the human brain based on a foundation of neuroscientific theory. 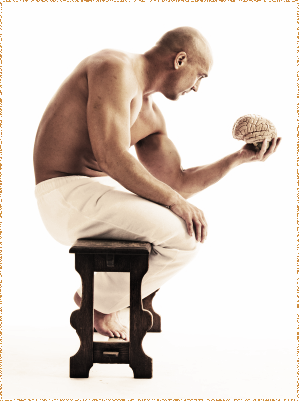 In formulating Brain Philosophy, I focused intensively for the past 30 years to find solutions for awakening to and actualizing the ultimate human value. I have encapsulated all of the answers I obtained from the research performed during that time into Brain Philosophy. From this point forward, continued investigative research will advance the structure and content of Brain Philosophy.

What’s important is that through an understanding of the brain, anyone can find their own answers to the ultimate questions of “Who am I?” and “How should I live?” In Brain Philosophy, there is no separate set of experts. If you awaken to your value and the principles of life through your brain, and strive to live by that awakening, that’s a sufficient grasp of Brain Philosophy. This is because Brain Philosophy is not an academic discipline that demands study, but an experiential philosophy of practical application realized through the physical body.

With the development of science and technology, the brain—which used to dwell in the realm of the mystical—has come to reveal its identity, bit by bit. However, on the other hand, the abuses of a flourishing material civilization are increasing in severity day by day. The most critical occurrence among them is that the source of our life, the earth, is growing deeply ill. The earth has given so many things to humanity. Just as parents raising their children do, the earth has provided unrestrained support as humanity’s mother and father.

But like an immature child, humankind has held out its hands unrelentingly towards the earth, and the earth, which has given everything, continues to fall deeper into illness. Seriously hurt, the earth gives us constant reminders that it will be difficult to be a foundation of sustenance for its descendants anymore. In spite of this, the human race turns its head away from this critical situation. This is probably due to denial arising out of fear, or to having too many vested interests to acknowledge the present reality and change. The policy-makers in particular, those who have retained the most from the earth, have a greater tendency to cover their ears to the signals sent by the earth.

It isn’t only problems of the earth’s natural environment that the world faces now, but a hefty addition of the problems of imbalance, inequality, and injustice incurred by power struggles. Although many people have stepped forward to warn that, if we continue the way we’re going, humanity will not have a future, the situation is not changing. It only goes to show with greater certainty that knowledge-based information alone does not lead to action.

There is a pressing need for measures that will lead people to a deep realization of the fact that humanity must make a new choice for the sake of all of our futures. How can this be accomplished? The key to resolving this matter is found in our brain. As an information-processing organ, the brain instinctively gives an immediate response to sensory information. Therefore, when a situation is perceived not through knowledge or intellectual information but through sensory information, relevant voluntary behavior can be executed.

The protagonist who will solve the heaping problems of the world is not one single superhero, but an enlightened human race of which each and every member has not given up their dream of an extraordinary life.

Brain Philosophy does not remain as a concept, but moves forward with a methodology for utilizing the brain effectively in actuality. This characteristic of Brain Philosophy makes it comparable to an “app” of sorts. It’s the application for the smartest device in the world—the brain. 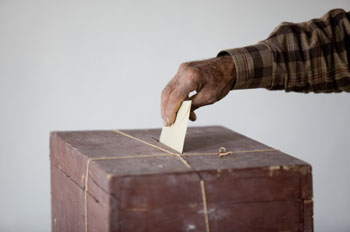 the spirit of Hong Ik, by which they awaken to and actualize their own value. I hope that, through Brain Philosophy and Brain Education, people will revive the senses of their brain, restore their health and their conscience, and as a result, overcome this era of inhumanity and herald a new era of hope for humankind.

2012 is the year in which 58 heads of state throughout the world are newly selected at the hands of the people. What will the human race choose for the sake of its health, happiness, and peace? It is my profound hope that citizens who adopt Brain Philosophy, leaders who exercise Brain Philosophy, and a new humankind that applies Brain Philosophy will bring forth an era of compassion and benevolence that saves all life.