Growing in an Impossible Environment 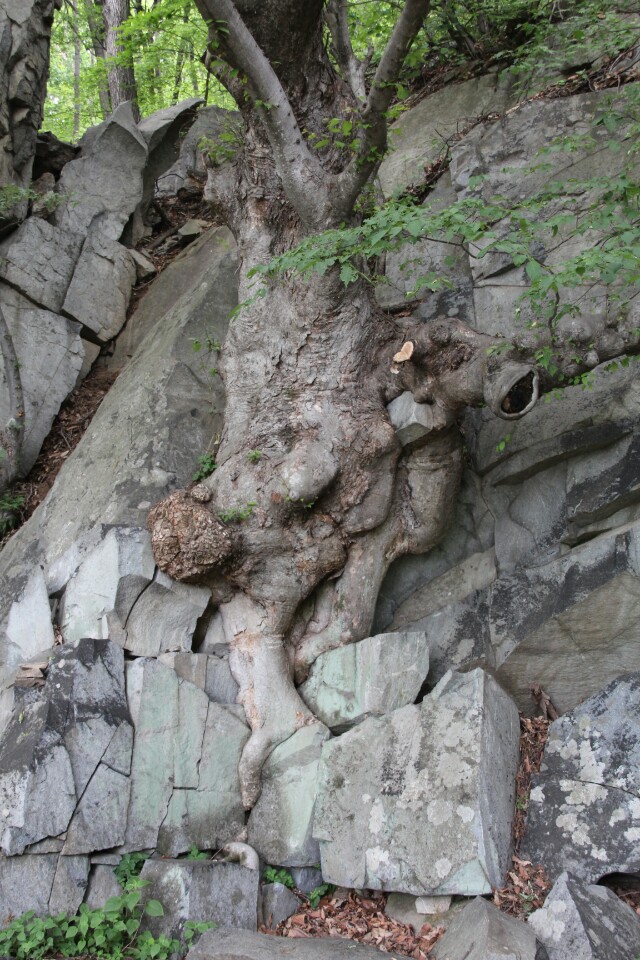 Recently, I’ve been hiking on Heukseong Mountain, which is behind the Han People Historic and Cultural Park in Cheonan-si, South Korea, every day. One day, I had been walking off the trail for a while when I encountered a very numinous tree with extensive shade.

Not only did the seed of this tree land and take root on a rock, it ate up the rock as it grew. It’s actually a miraculous occurrence. There wasn’t any water around, so how arduously and anxiously must this tree have grown?

The tree achieved growth in an impossible environment. You don’t get work done because everything in your environment is set up for you. You create accomplishment from an impossible situation.

As I looked upon the miracle that this tree has performed, I was reminded of the history of struggle and accomplishment in impossible situations of the Kookhak (Korean Cultural Studies) Movement and Brain Education, which reminded me of ancient Korean history and traditional values. Thinking of them, I named this tree Dahngunmok (Dahngun tree) after the dynasty of kings in Korea who created a culture and a nation of enlightenment.

This dynasty was third after the dynasty of Hanin, who came from heaven, and that of Hanung, who founded a heavenly city. In the spirit of what these lines of kings taught, many generations of Korean people offered a heavenly ceremony in front of sacred trees like this. They called places such as this tree Seonhwangdang, in which seon refers to an enlightened person.

As other religions came in, this practice was suppressed and forgotten, but originally, it was a unique tradition of the Korean people who were guarding the Hongik Ingan spirit.

If you make a wish from your heart at sacred places such as Dahngunmok, it will come true. I hope you all can treat the miracles of nature with reverence and use that energy to persevere and make the dreams of your soul come true.

Receive weekly inspirational messages from Ilchi Lee:
Previous Post
You Are the SUN
Next Post
Want to Change? Have Fun!