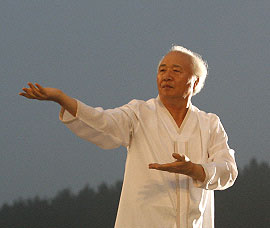 As a member of the Korea Council of Sport for All, the Kookhak Qigong Assocition was considered for membership with the Olympic Committee when the the committee merged with the Korea Council of Sport for All and a new set of 57 formal member groups was selected. In spite of the fact that Kookhak Qigong is not an Olympic category, it was included among the member groups, which cultivate elite athletes and are able to choose a national team in their category. The Kookhak Qigong Association was selected because of the contributions of its efforts toward the physical and mental health of the people of South Korea.

The group has been teaching Lee’s modernization of traditional Korean Sundo, which grew into his Brain Education method, for free at local parks, community centers, senior centers, and other locations throughout South Korea. In all, there are 5,000 Kookhak Qigong outreach class locations, with one million people practicing it.

In October 2016, the Kookhak Qigong Association, with the support of the City of Daegu, will hold the Ilchi-bae International Kookhak Qigong Competition. They will invite Kookhak Qigong practitioners from around the world to compete in this event.

Ilchi Lee was overjoyed by the official recognition Kookhak Qigong received by the Korean government. He is looking forward to seeing a national Kookhak Qigong team and increased opportunities for contributing to the overall health of not only the Korean public, but people around the world.