Teaching Kigong in the Park

Early in the morning on Saturday, October 23, I met with about 2000 people who offer early morning classes for free in parks around South Korea. As we all gathered on the grassy field of the Han People Historic and Cultural Park in Cheonan City, South Korea, I realized it will probably be the last time this year that all of us will be able to get together in one place. 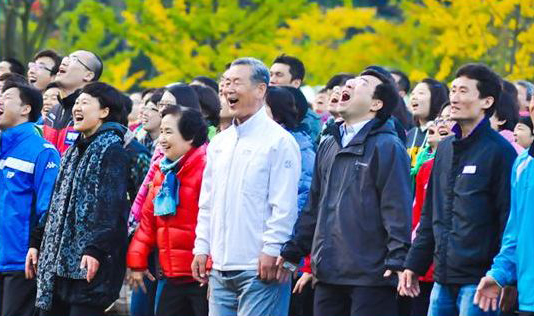 Even though it was an unusually chilly autumn morning, the passionate cheers of so many volunteers was powerful enough to blow away the cold and wake up the mountains around us.

That day I taught two new kigong (qigong) styles to the instructors gathered that they can then teach to their students—Jukbi Kigong and Yulyo Kigong. A jukbi is a short bamboo stick split down two-thirds its length so that it makes a loud clacking sound when tapped on something.

Buddhist monks and meditators use it to direct themselves into the proper meditation posture, and in recent years it’s also been used as a percussion instrument. “Yulyo” refers to the basic never-ending rhythm that pervades all of life and the universe. One of the walking sticks I like to use is also a flute and a compass. I call it a “yulyobong” because I use it in many ways to help people feel yulyo. In the two new kigong forms I’ve developed, the jukbi and yulyobong are used like a staff. 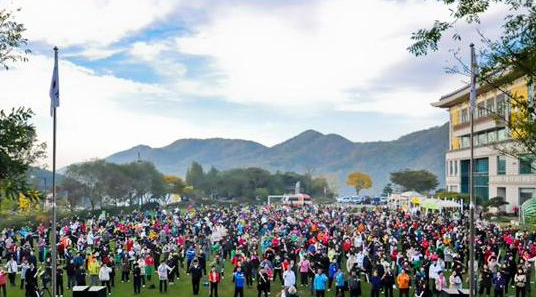 Like other forms of kigong, these two forms help you feel and direct the energy of life. As you move the jukbi or yulyobong, your body, mind, and spirit unite, and that’s when the power of Tao flows out of you. This power comes from the universal energy inside you. When you tap into the Tao inside you, you are able to feel and listen to your conscience actively, and have the desire to work for the good of everyone. Then you easily manifest what’s in your heart. 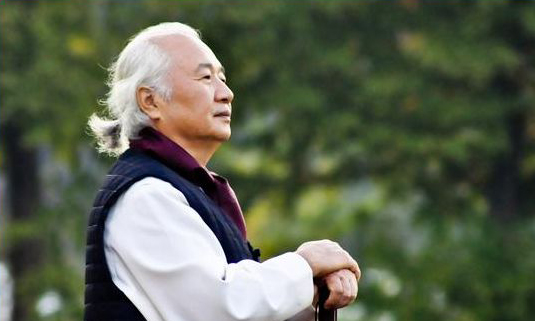 When these dedicated instructors go out early every morning and teach kigong to many people, they are developing their Tao power. I hope they can practice kigong and develop a lifestyle based on a consciousness that deeply experiences oneness, that acts with conscience, and that uses the power of Tao. Then they will be masters of their body and mind, and actively share their love for humanity and the earth.